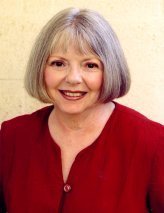 Betty's appearances and signings
I'd love to meet you!

The American Zoo and Aquarium Association
All you need to know about accredited American animal parks; great links, too.

The Phoenix Zoo
Where Betty Volunteers

San Diego Zoo
One of the world's great zoos

Betty Webb is the author of the popular Lena Jones mystery series: Desert Redemption, Desert Vengeance, Desert Rage, Desert Wind, Desert Lost, Desert Cut, Desert Run, Desert Shadows, Desert Wives, and Desert Noir. Betty shows her softer (and more humorous) side in the Gunn Zoo mysteries, set a fictional Californa zoo. The first book in the Gunn Zoo series was The Anteater of Death, followed (in order) by The Koala of Death, The Llama of Death, The Puffin of Death, The Otter of Death, and now... THE PANDA OF DEATH.  Despite their titles, no animals are ever harmed in these books, but unpleasant humans die like flies.

Betty's work at the highly-regarded Phoenix Zoo was the inspiration for this series. Mornings would find her at the zoo's Monkey Village, a large free-run enclosure where Squirrel Monkeys from Central America would scurry along the paths ahead of fascinated school children, who were allowed to mingle with them. Betty's job was to keep little hands from coming in contact with the very cute, but sharp-toothed, monkeys. Betty has not given up her habit of talking to the animals -- especially Jezabel, the banana-loving Giant Anteater who was the inspiration for The Anteater of Death, the first book in the series.

Before beginning to write mysteries full time, Betty, a recovering Californian now living in Arizona, was a journalist. Writing articles ranging from hard news to features, she has interviewed everyone from U.S. presidents to astronauts who walked on the moon, as well as Nobel Prize winners, the homeless, the hopeless, the dying, and polygamy runaways. Her Lena Jones mysteries are based on stories she covered as a reporter. She has been a syndicated book reviewer for 30 years, and taught writing at the university level. Betty is a member of National Federation of Press Women, The Authors Guild, Mystery Writers of America, and Sisters in Crime.

Betty's hobby, when she has time to indulge in it, is genealogy. On her mother's side, she is descended from the Barons of Riddell, Scotland, who were run out of England when they were suspected of taking part in an anti-Royalist plot. On her father's side, there remains a great mystery because her family name is Webb (Betty uses her maiden name), but DNA testing of various Webb relatives show them all to be descended from a Colonial New Jersey family named Price, who were staunch British loyalists. During the Revolutionary War, the Prices fled to Canada, but after the British surrender, they somehow managed to make their way back to New Jersey.

Readers of both the Gunn Zoo mystery series and the Lena Jones series will find that issues of bloodline and genealogy loom very large in the plot lines -- espcially in The Panda of Death, where a DNA match just might be the reason for a murder.

To read more information about Betty's ancestors and especially the Lena Jones books, check her other web site at www.bettywebb-mystery.com. The website also links to her appearances and signings.

In DESERT REDEMPTION, P.I. Lena Jones takes on her most dangerous case --

DESERT VENGEANCE
The pedophile who raped Lena Jones when she was nine years old is released from prison -- and Lena is waiting for him with a knife. Lena isn't the only one of his victims who is crying out for vengeance, but when he is found dead, she becomes the authorities' favorite suspect.
DESERT RAGE
PUBLISHERS WEEKLY called the Lena Jones books "mysteries with a social conscience." In this gripping novel, Lena Jones is brought in to discover the motive for the deaths of an entire family, which in turn leads her to a never-talked-about facet of the Death Penalty. By doing so, Lena learns more about her own background -- and her life is changed forever.

Desert Lost
In DESERT WIVES, we learned about the polygamy compounds in rural Arizona, but in this shocking book we discover that polygamy also exists in the cities. We also learn the fate of most boys in these compounds, and it isn't pretty. After all, if one man can have 10 wives, then 9 men will have none. P.I. Lena Jones finds out how the polygamy compounds keep their numbers manageable when she discovers an increasing number of young teen boys abandoned on the streets of Scottsdale and Phoenix.

DESERT WIND
Lena Jones discovers a 60-year-old crime that led to the deaths of hundreds of thousands. PUBLISHERS WEEKLY gave this gripping mystery a STARRED review. The death of legendary actor John Wayne is connected to a startling secret someone is ready to kill to keep hidden.
Desert Cut
While scouting locations for a film documentary on Arizona's Apache Wars, P.I. Lena Jones and Oscar-winning director Warren Quinn discover the body of a young girl. The gruesome manner of the child's death evokes memories of Lena's own rough childhood. In Desert Cut, the still-vivid memory of Geronimo's war mixes with the modern immigration war; the hard life on the Arizona-Mexico border contrasts with Hollywood's slick production meetings; and the cruelty of an ancient practice is tempered by a growing underground railroad fighting to save its young victims. "A compelling story that will appeal to a broad range of mystery readers." Booklist starred review."Webb's dark tale of a clash of cultures is emotionally draining and intellecturally challenging." Kirkus Reviews.
Desert Wives
In Desert Wives: Polygamy Can Be Murder, private investigator Lena Jones helps a young girl escape from a forced marriage to an elderly polygamy "prophet," a man who already has numerous wives. In doing so, Lena uncovers even more crimes against women, including rampant incest, and the welfare scams that keep the polygamy compounds afloat and make multi-millionaires out of their self-appointed prophets. "Eye-popping!" The New York Times
Desert Run
Desert Run is based on the true-life escape of 25 German U-Boat crewmen who fled Arizona's famed Camp Papago, a World War II prisoner of war camp. This cold case file leaves Lena Jones wondering why the U.S. neglects its own veterans' rights while guarding the rights of others. The murder -- and civil rights abuses -- never stop in this exciting book. "Multi-layered, thought-provoking, a gem." Denver Post
Desert Shadows
Desert Shadows asks two questions: how far should freedom of speech go when it conflicts with victims' rights, and how far will a publisher go to hit the Best Seller list? Lena Jones discovers the answers when she investigates the case of a publisher who might have been killed by one of her own contracted writers -- a cold-hearted serial killer who penned his autobiography while on Death Row. "Loyalty, compassion and a sharp sense of humor... The glorious Southwest landscape again provides the perfect setting for Webb's courageous heroine." Publishers Weekly.
Desert Noir
In Desert Noir, the first Lena Jones mystery, the Arizona P.I. investigates the murder of her best friend, a Scottsdale art gallery owner, only to discover that Clarice Hyath wasn't really her best friend after all. Themes in this rousing mystery include a peek behind the not-so-refined art world, the abuse of eminent domaine by replacing low-cost housing with millionaires' high-rises, and the rampant destruction of the Southwestern desert. "An elegy for the lost West, strong on atmosphere and insight." Booklist.
Loading…}